#CoverReveal for Harder by @SarahGreysonAuthor 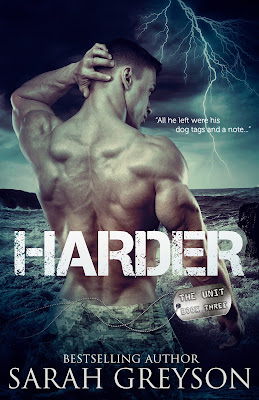 All he left were his dog tags and a note...

When Tony Abatelli walked away from the love of his life, he knew it was for the best. Surviving the rigorous and perilous missions of a Green Beret meant he had to move forward and not look back. But now, as a specialist with Blackrain Security, when all signs indicate that Jules Bakas is in danger, he'll stop at nothing until she's safely in his arms once again.

Jules isn't the same girl he left all those years ago. Time and circumstances hardened the carefree girl she once was. Now a journalist with a penchant for the grittier stories and a tendency to piss off the enemies, Jules' life is on the line. Suddenly, Tony's enemies and Jules' enemies are one in the same, and nobody is safe - not him, not her, and not his Unit. When danger encompasses Jules, it's up to Tony to save her before it's too late. 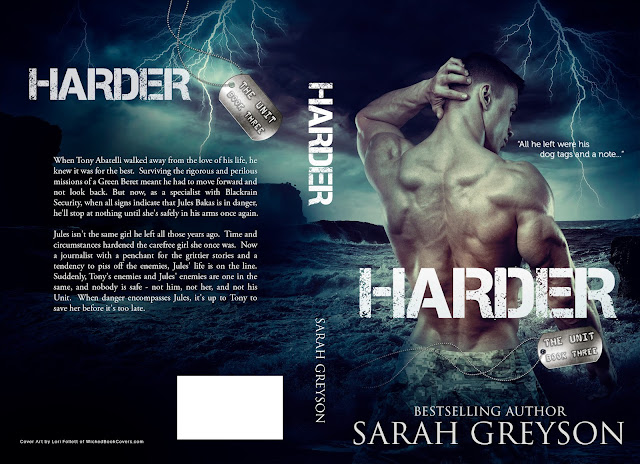 Grab the first two books in the series now!! 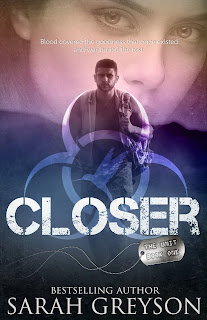 Danger. Intrigue. Suspense. Former Green Beret Michael Cartwright thought he left all that behind him….

When Department of Defense Engineer Emma Welby takes on a Top Secret project for the Pentagon, she never expects to be running for her life. With a terrorist cell and a rogue CIA agent after her, the one man who can protect Emma thinks she is a traitor to her country.

Michael Cartwright is haunted by the tours he served in Afghanistan and Iraq. Sent on assignment to track down a terrorist, the last person he expects to encounter is the intellectually driven beauty that tempts and challenges Michael in a way that no one ever has.

With danger lurking around every corner, can Michael save Emma and keep his past from destroying his future?

+18 warning – This book is intended for mature audiences. 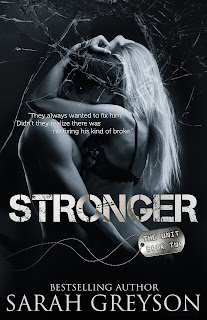 He swore he'd never love again. Haunted by the loss of his beloved fiancée at the hands of a terrorist cell, Ex Green Beret Rob Fabik doesn't know how to let go. The sights and sounds of Lizzie's death replay in his mind, consuming his thoughts and burying his heart. He fills his emptiness with work, drowns his memories with alcohol, and suppresses his loneliness with women.
Harvard University student Lola Sardis is a down-to-earth, rich girl who has grown tired of living under her father's thumb. One night out with friends quickly turns into a nightmare as she is kidnapped from a busy Boston nightclub. Her nightmare intensifies as she learns that the Ortiz Cartel sells young, innocent girls into the sex-slave trade.
Enter: The Unit
The Unit's mission is to rescue Lola from the nefarious clutches of the cartel. From the instant Rob lays eyes upon Lola, she awakens something deep inside of him, drawing out his protective nature.
Forced by circumstance under the same roof, Lola inspires Rob to grow stronger. Can Rob suppress his feelings for Lola as he carries out his mission? Will his guilt over his fiancée’s tragic death consume him? Can Rob save Lola from the greedy hands of the cartel? With so much at stake, only one thing is certain: while Lola and Rob are strong apart, they are stronger together.