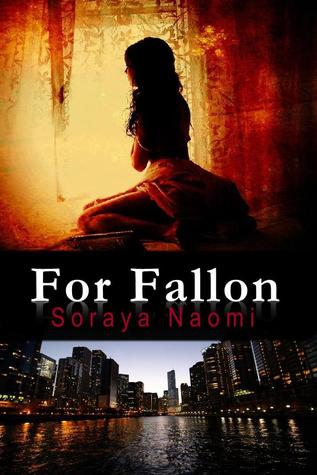 
We all have a façade, a concealed mask we wear to portray ourselves to the world.

Fallon’s mask is real, what you see is what you get. Growing up with two loving parents in Chicago, graduating in Chicago, and now working a job she loves, she enjoys her life.


Her untarnished world is shaken when Luca crosses her path.


When confronted with insecurities, when the one you love wears his mask perfectly, when your life unravels and you don’t know why, do you keep trusting the person you love?

Soraya Naomi resides in Europe with her fiancé.  She was born in South-America in 1984, raised in Europe.
She reads many genres but favors intense, dark, seductive, and provocative novels where the male character loves fiercely without remorse or boundaries. She adores forbidden love tales and has an odd fascination with kidnapping romances. No, she's doesn't secretly want to be kidnapped, though!

Her book shelves contain all her favorite books - The Bronze Horseman by Paullina Simons, The Dark Duet by CJ Roberts, Anna Karenina,  The Count of Monte Cristo, The Three Musketeers, Lés Miserables, The DaVinci Code, Love me with Lies series by Tarryn Fisher, The Bet by Francette Phal, Jane's Melody by Ryan Winfield, Finding Anna series by Sherri Hayes, Slammed series and Hopeless by Colleen Hoover, Evan Arden series by Shay Savage, The Estate series by M.S. Willis, The Fault in our Stars by John Green, Forbidden by Tabitha Suzuma, After the Night by Linda Howard, Lisa Kleypas, In the Company of Killers by J.A. Redmerski, Tristan and Danika by R.K. Lilley,  The Godfather by Mario Puzo, Sempre by J.M. Darhower, Pulled by A.L. Jackson, More than this series by Jay McLean,  Fever series by Karen Marie Moning, There is no light in Darkness by Claire Contreras,  Gone Girl by Gillian Flynn.
She has a passionate obsession for the written word and indulges in chocolate pastries much too often.
Her debut novel, For Fallon, was released July 26th, 2014.

There are books full of great writing that don't have very good stories. Read sometimes for the story... don't be like the book-snobs who won't do that.
Read sometimes for the words--the language. Don't be like the play-it-safers who won't do that. But when you find a book that has both a good story and good words, treasure that book. - Stephen King