Man of Honor by Diana Gardin 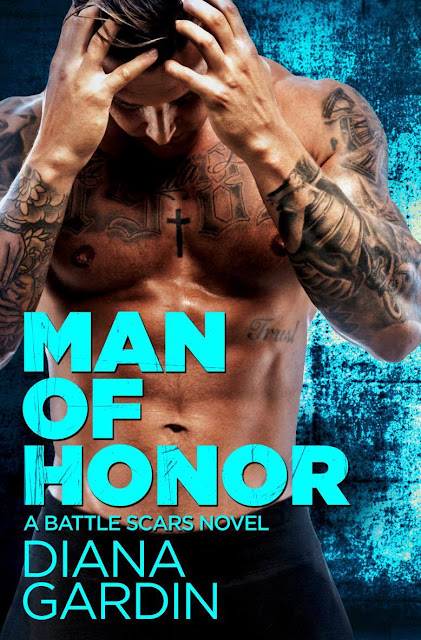 The best rules are the ones worth breaking . . .

After his mother's funeral, ex-Army Ranger Drake Sullivan wants only to disappear and drown his sorrows in whiskey. Then he sees her: Mea Jones. An untamed, sexy-as-hell whirlwind of energy. A few years ago, she showed him the best-and hottest-night of his life, then walked away without a backward glance. But he's never stopped wanting more.

When it comes to guys, Mea has rules. One night. No dating. Whatever it takes to have control and keep it. With Drake, it's all heat and hurt and hunger, and pretty much the opposite of control. And that makes him dangerous as hell. Mea has her own demons, and falling in love-or even in lust-is strictly a no-go proposition. But she soon finds out Drake is incredibly single-minded when it comes to getting what he wants. And he's determined to be the exception to all her rules.

Reader advisory: The heroine's past deals with dark elements some readers may find disturbing. Recommended for mature audiences only.

Her voice voice has gone all low and husky, and my dick instantly jerks to attention like it’s responding to a signal that only she knows. “Yeah?” The thudding of my heart is heavy, harsh, and violent.
She breathes out. “Yeah.”
She lifts her eyes, big, warm, and beautiful to meet mine. I’m hypnotized for a minute, just staring into them while she stares right back. With an uncontrollable surge of need, my body moves into autopilot and I just react.
I tug her wrist, pulling her off the back of the bike. When she’s standing beside me, a quick gasp escapes her as I pull her to straddle my lap.
And then she’s mine.
Her lips are mine, her mouth belongs to me.
And I pillage.
And I plunder.
At the insistent urge of my tongue, she opens to me with a moan. I pull back for a second.
“Sexiest sound I ever heard, baby.” I don’t want to scare her, but I can’t do much more than growl at this moment.
Claiming her lips again, I taste her and she’s perfect. Fucking perfect. She presses against me, forcing me to go deeper, to kiss her harder. When she grinds her hips against my rock-hard cock, I can’t take it anymore. Her hands sift through my hair. Rough, rough, rough.
I wrench away from her devilish mouth and grab her ass. The fact that any other rider could come along at any moment only amps me up, not slows me down. I lift her up, and when I plunge her back down on top of me she clamps down on her bottom lip with her teeth and drops her head into my shoulder.
“Drake,” she whispers. Harsh, harsh, harsh.


Then she bites down hard on my shoulder. 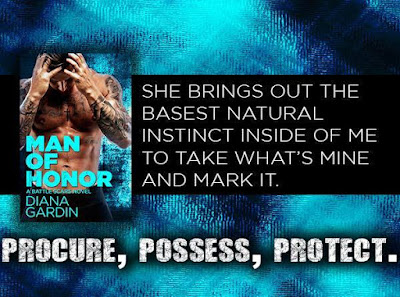 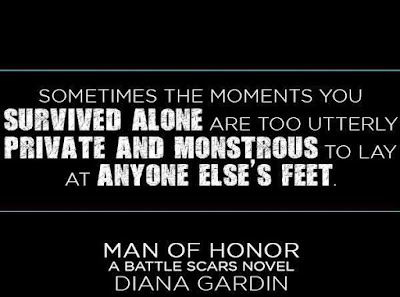 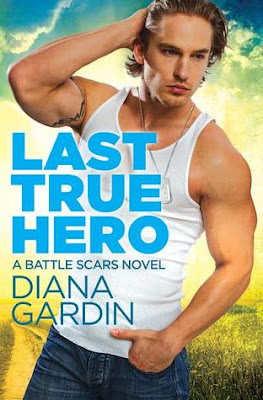 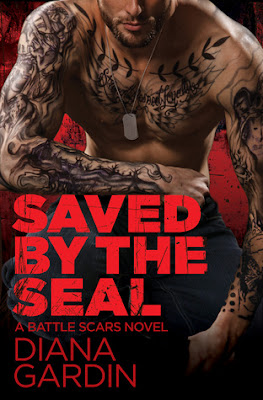 ( Remove If Not Reviewing )

Diana Gardin was born and raised combing the coasts of Southeastern Virginia. She is now a happy resident of South Carolina as she married into an enormous Carolina-rooted family. She loves the beach, and even more than that she loves to read while sitting on the beach.
While writing was always a passion of Diana’s, she enrolled in college to become an elementary-school teacher. After eight years of teaching in both Virginia and South Carolina, she decided to stay at home with her first child. This decision is what opened her eyes to the fact that she still very much loved to write, and her first novel was born. Diana is the author of several works of New Adult Romance, including The Ashes Series, The Nelson Island Series, and the Battle Scars Series.