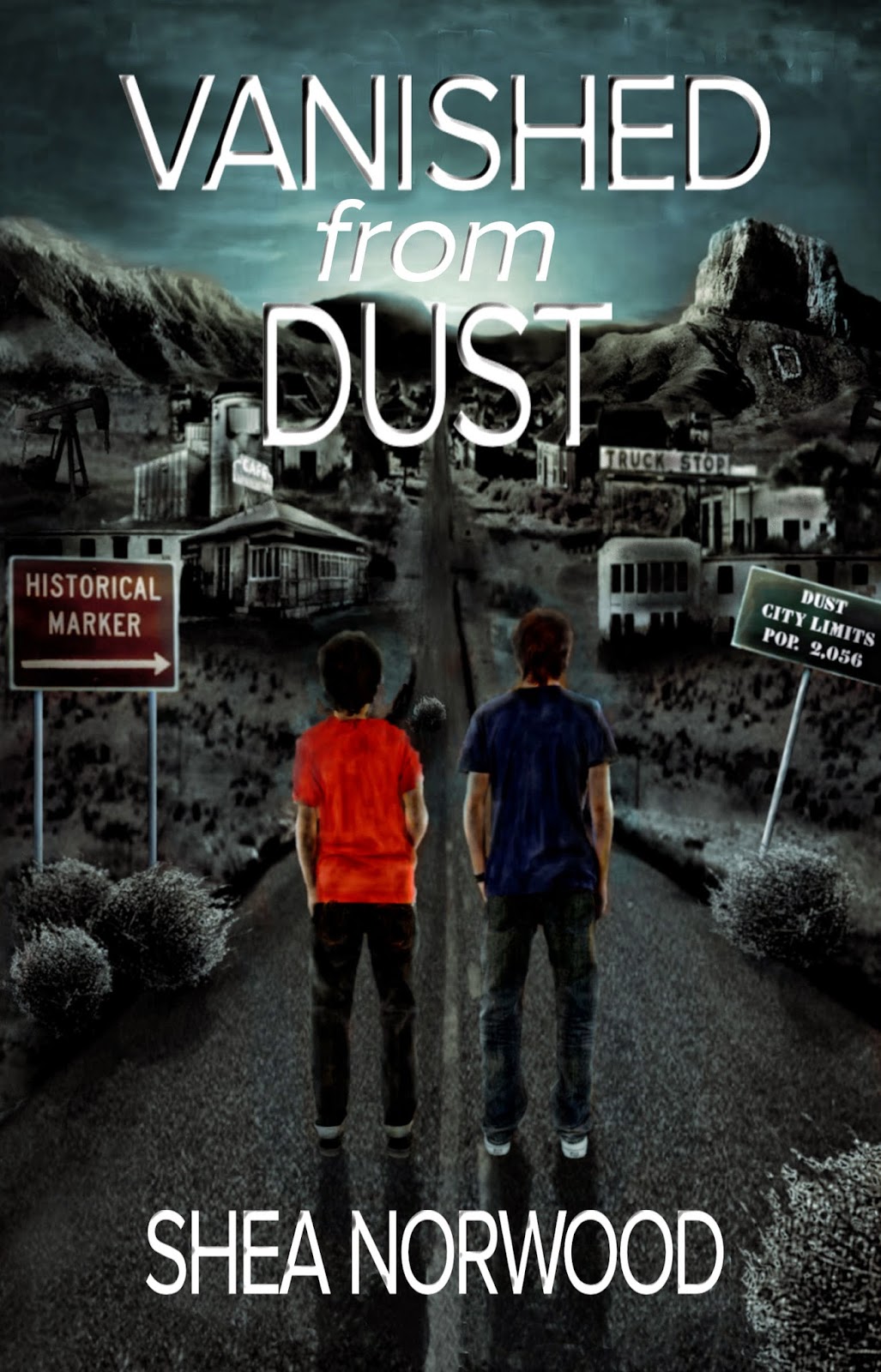 Amazon: http://amzn.to/1mVJSre
Barnes & Nobles: http://bit.ly/1o0HuEq
Synopsis:
A CHILL RUNS THROUGH HIS SKIN AS THE PHANTOM APPEARS.

Eric Stark is not insane. Or at least he doesn’t think so. He wishes everyone in Dust, Texas, felt the same way. But that’s not going to happen since the whole town thinks he’s crazy. Why didn’t he keep his mouth shut?

No one understands. Eric is alone as he battles his sanity in a town of tormenters. Suddenly a new friendship emerges after the new kid, Kyle Barrett, moves to town.
Eric reluctantly reveals his secret. Is it a curse or a gift? He isn’t certain, but with Kyle by his side he finds the courage to seek the truth.

They soon realize that something sinister is descending on the residents of Dust.
Is it caused by Eric’s phantoms or is it something else? Is it connected to the mysterious death of hundreds of townspeople over sixty years ago? One thing is certain—only Eric and Kyle can save them.

They set out on a heart-pounding adventure and find themselves transported to a disturbed and deserted version of their small southern town. They quickly discover that this new world has mysteries of its own to uncover. What they find could prove more than they bargained for, and it only leads to more questions. Eric and Kyle must face a horrifying fact—they may never get out alive.

Will they survive their encounter with these dark and mysterious beings?

Will they find a way back home?

Or will they be lost forever?

The Vanished from Dust series is perfect for anyone who craves a hair-raising thriller packed with mystery and suspense. This paranormal story for young adults can be compared to Stand by Me, mixed with Odd Thomas, and a twist of The Dark Tower.

“I’m not crazy,” Eric Stark shouted at the crowd of seventh graders as they
surrounded him. He looked up from the ground, which consisted of patches of grass
and dirt, to see the sunlight glinting off of the metal braces of a girl with pigtails as
she pointed and laughed with the rest of them. Another boy kicked him in the
stomach, causing him to retreat into a fetal position to guard against another blow.
“Oh yeah?” Greg Coffey asked as he towered over Eric. His lip was curled,
showing his crooked, heavily stained teeth. “What happened last week in class? You
said, ‘They’re watching me.’ Remember that, loser?”
“I didn’t say that.” Eric tried to get up, but Greg pushed him back down and
kicked dirt in his face. Eric rubbed his burning eyes with both hands. When he
opened them he saw four more kids sneering over him, all laughing at his expense.
Where was a teacher when you needed one? The hot Texas sun was high on the
horizon, almost blinding him as he stared back at his tormentors. Sweat was pouring
from his brow, mixing with the tears that streamed down his face.
“Yeah you did,” Adam Marshall said with a smirk. “You’re going off the rails,
crazy train.”

“I like that—crazy train. Just like the song,” Greg said. He laughed and gave Adam
a high five. “That’s your new name. Like it?” Greg kicked another pile of dirt at Eric.
Eric tried to spit it out, but his entire face was covered in a muddy film. He
wished that he’d just kept his mouth shut about it, but it was too late now. News
traveled fast in a small town, and he was sure everyone thought he was insane by
now.
He didn’t know what he was.
“Leave him alone,” a kid said. He leaned over to help Eric to his feet. “I don’t like
bullies.”
“Stay out of it, new kid.” Greg said and gave him a scowling stare.
“Or what?” The kid got closer.
“Let’s go,” Adam said. “There’s a teacher coming.” He slapped Greg on the
shoulder.
“This ain’t over,” Greg said as he walked away.
“Thanks,” Eric said.
“I’m Kyle Barrett,” the kid said, extending his hand.

Eric shook it. “Did you just move here?" 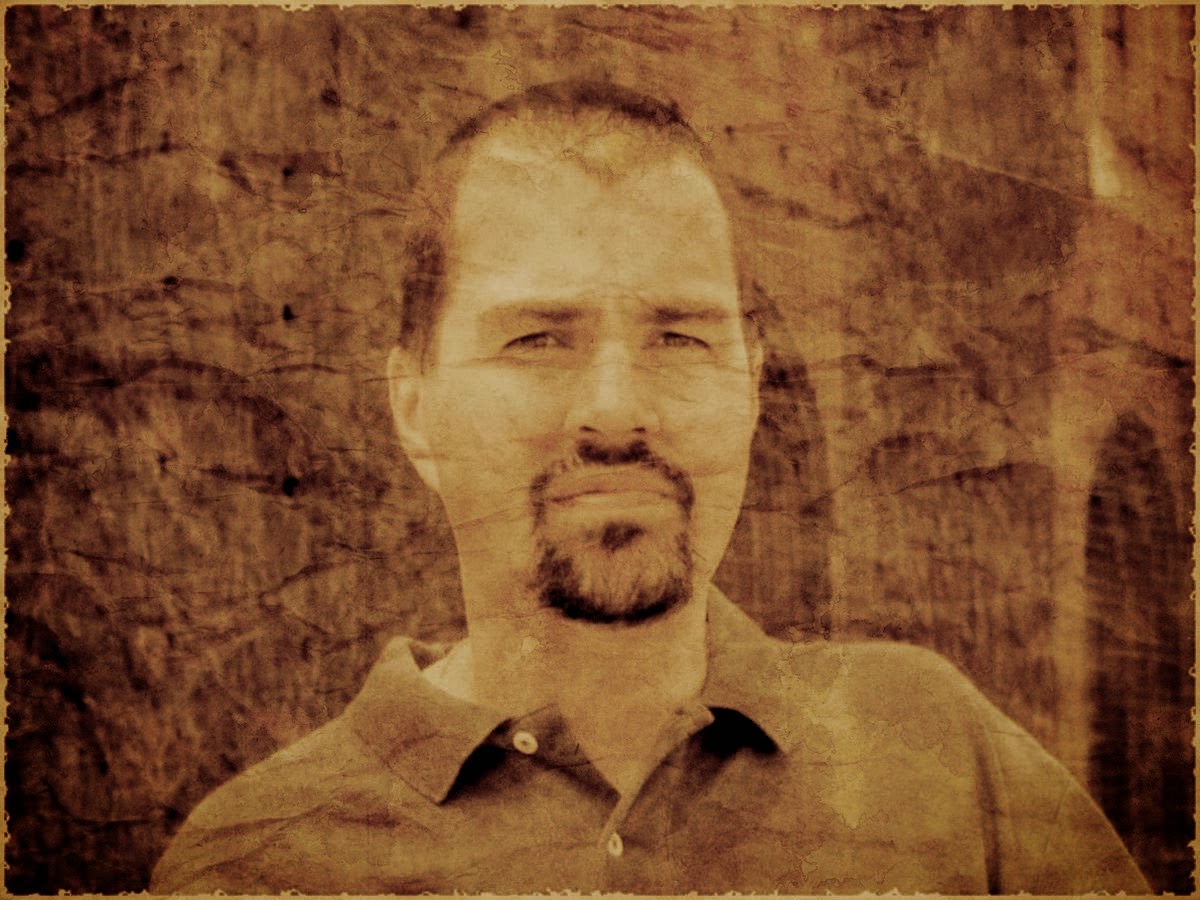 Shea Norwood is an emerging author and native of West Texas that currently lives in the DFW area with his wife and son.He was drawn to writing at an early age and recently rekindled this passion after dusting off a decade-old manuscript, titled Vanished from Dust. The fictional town of Dust is loosely based on a small town south of Odessa, TX.
When he’s not writing, Shea loves to spend time with this family, read, and is a frequent globetrotter. His travels have taken him to France, the United Kingdom, Japan, Italy, Germany, and Mexico.Shea writes Young Adult Fantasy/Paranormal/Mystery
Follow Shea on Facebook to get updates on upcoming releases. https://www.facebook.com/sheanorwoodauthor