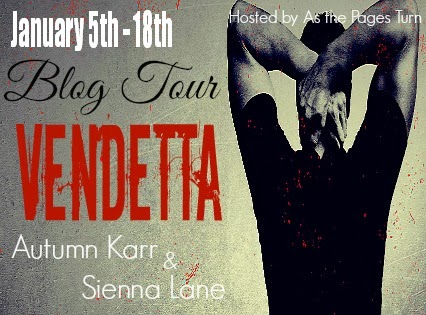 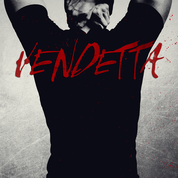 SYNOPSIS:
Please note: this is not dark romance
I am not a good man.
I have lied and cheated and stolen. I've decided between life or death, like it was
my due. None of it matters, not anymore. These are not my sins.
I see her raise her hands, the dark metal she's clutching reflecting the moonlight.
Her finger trembles as she cocks the gun pointed at me. Her eyes are cold,
determined, but I know.
I know her.
My name is Devon Andre and I confess my sin. I am not a good man because this is
the woman I love.
She pulls the trigger.
* Standalone contemporary romance.
* Mature reader advised due to sexual content and strong language.

My first book of this year and its full five stars!!
I had been having exam for 1 month so didn't read any books so it was little difficult for me to get into it for a while . totally not book's fault. but after 10 minutes after I was hooked and couldn't stop. there were many times when I read and re-read each and every chapter! didn't want it to finish and savouring the book like my favorite chocolate!
This book is about forbidden love and now I think I have your attention! and I love forbidden romance! so another reason for me to read it! its about live, about family, revenge and betrayal . there is no one who is right or wrong when it comes to family.
The book is development is awesome! The story is exciting and the secrets are shocking. you wouldn't know what will be next! and you might be checking back to see if you missed something! but no it actually happened.
yeah I did feel in between the love was rushed between the characters but as I went further into it changed my mind and I thought wow....the romance! I love it!
the characters are strong which I like. everyone had their own little story to tell so no one was left out. Moore girl is awesome I tell you! you couldn't have asked for a better heroine. and Devon..**swoon*** so lovely, passionate and a good guy! :) another one of my book boyfriends!
so if you haven't read the book, please pick it up ..I tell ya! you will love it!! : 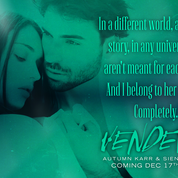 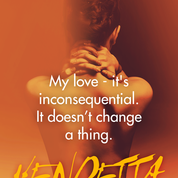 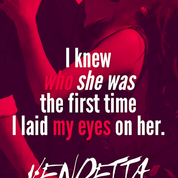 When they aren’t scheming against fictional characters, or talking about their
favourite books, you can find them ogling tattooed models and trying to figure out
how to get them to do a cover shoot for their next book.
Together they wrote VENDETTA, releasing this December, and hopefully many more
books to come.They love to hear from readers, so don't hesitate to contact them
through their Facebook page (http://on.fb.me/18TGRU9).

~~Excerpt #1~~
I shake my head, muttering another curse. I should have just left her there.
It's not like I have an overwhelming urge to play her knight in shining armor.
God knows she's not a damsel in distress. The woman is poison, like all the
Moores are. Unfortunately, despite what people think about me, I can't stand
men hitting women, and I'm sure as fuck George wouldn't have minded
taking another swing at her. We may be criminals, but we're not complete
assholes.
She moans again as I put her in the backseat of my black SUV and buckle her
in. I round the back, and open up the trunk, looking for something to bind her
with. I shake off the fleeting thought that maybe she wouldn't fight me. It's
Leighton Moore, for fuck's sake, of course she would.
Fishing out the cable ties, I go back and secure her wrists, then her ankles. It
doesn't seem like enough. I don't want to see her eyes when she wakes up,
which could be any second now, so I remind myself to hurry the fuck up. I
take off the scarf from around her neck, feeling the silk under my fingers for
just a second. Then I pull out my pocketknife, and slice it in half. I blindfold
her, and then gag her with the other half.
At this point I know it’s probably overkill, but I've never kidnapped a woman
before, so who knows? Plus, it's Leighton. She's not just any woman.
Of course I know Leighton Moore. I only wish I didn't.
I knew who she was the first time I laid my eyes on her. It didn’t make any
fucking difference in the grand scheme of things. I was doomed to keep
seeing her and not being able to do anything about it.
Shaking off that thought, I finally get in the car and start it, backing out and
getting the hell away from this place.
When I'm far enough away, I pull over into a secluded woodland area on the
side of the road and just sit there, my car idling. What the fuck do I do with
her? I could take her to my place, I guess, but I'm barely ever there. Most of the time I’m either at my uncle’s house or I’m out, working. I take out my
phone and stare at it, contemplating. I glance back at her, and realize I have
no choice. I have to call my uncle.

a Rafflecopter giveaway
Posted by Fallen For Books at 12:00