Carrier of the Mark by Leigh Fallon
My rating: 3 of 5 stars

This book starts with Megan transfered to new place ,new school due to her mother's death her father likes to keep moving but what she discovers there its life changing. She starts getting attracted to Adam and then starts noticing very weird things about DeRis family. She feels tingling on her neck. Then there is a secret reveal which just makes her life go upside down.


She discovers she is Carrier of the mark...means she is one of the elements f earth ie Air. She being from Royal blood and Carrying a mark makes her special and that's what Knox whats from her.

I overall liked the story but the story seemed going to fast . The love story which started with Adam and Megan was kinda like forced and very quickly developed. I couldn't connect with there story. Its somehow they met,he ignored and then he told he couldn't control his feeling started talking to the girl and that's it. So yes the starting romance was not well developed.
The concept of Air water fire and earth was good and the thing of balance

After that the story did take a interesting way. There were many things ,many secrets,many concepts revealed which just shocks everyone.

I loved everything...The characters were well developed, i loved the concept. Just the book being fast paced was a disappointment. It killed the spark. that's why it took me long to finish it.

But all twilight lovers will love this book.

View all my reviews 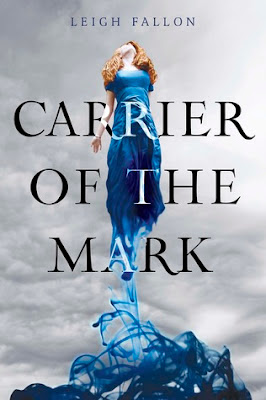